What Is Game Development?

Game Development, is the art of developing and designing game applications. Game development is divided into different segments, where the game developers draft, design, and manufacture video games. These games can operate on various systems such as mobile devices, computers, game consoles, and on websites. Game development deals with conceiving visual content for the game and writing and compiling codes to implement specific features and functionality within the game. An efficient game development solution enables smooth interaction between the players and the content of the game, allowing them to change the game’s elements flawlessly. 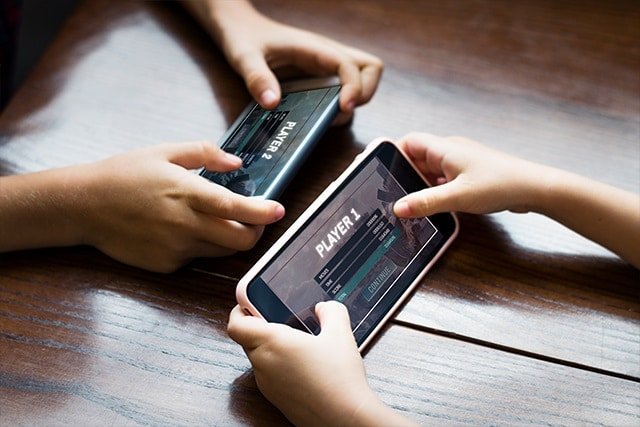 Why Choose SuperTek For Game Development?

We have specific skill sets and proficiency in using appropriate game development tools and technologies required to build your product.

Different-different companies offer distinct pricing models. Whether you opt for a floating price option or a fixed module, we always do the proper Project planning to get started, share a full detail document or report with all the modules and pricing related to it so that there will always clarity on everything.

Testing deals with system lag, coding issues, bugs, malfunctions, and other such issues. Some of the game development service providers include the cost of testing services within the quotation for building the game. Whereas, others may charge separately to ensure the game doesn’t have any glitches. This can cause discrepancies in the overall budget. Here SuperTek will always provide you with a free tester complementary along with the project to ensure you will get a quality product.

You can get the reference for customers based in the US, UK, Canada who already working with us. Also, you can check our rating and review on social media.

There are several divisions that demand attention from different departments, such as coding, designing, plot and environment development, etc. We have an excellent team which ensure that appropriate specialists handle specific tasks to boost the quality of your project.

It is a high-level object-oriented programming language. C++ is fast, has robust compilers and optimizers, and offers extensive control over the system memory. Some of the most popular Windows games and big consoles have been coded using this language, for instance, PlayStation and Xbox. It further facilitates large libraries, allowing the conception of sophisticated graphics and designing structures. Games developed using C++ can be easily distributed across various gaming platforms.

C# follows the concept of C and is extremely easy to learn if you have a proper understanding of C++. It is smoothly integrated due to its XNA framework, making it the principal language for games designed for Windows or Xbox. Much its namesake, C++, C# can also develop games for different platforms such as PlayStation, iOS, Android, etc. The only restriction of this technology is that developers have to stay within the framework of C#, limiting the UX/UI of the game.

Java game development language is quite popular since it encourages multithreading, which limits the usage of memory and sockets that can efficiently help build multiplayer games. Its popularity is also due to its open-source module and high cross-platform compatibility.

A web game requires SVG, WebGL, to create complex graphics and a highly functional content management system. HTML5 is a cost-effective option, whereas JavaScript is the easiest to learn.

There is a different set of languages required to get the desired result while creating games for web browsers. Some of the most common ones are:

It has developed as one of the most pre-eminent game development languages. It operates on OOP principles, similar to Java and C++, and is an extremely adaptable language that is used in a considerable number of applications. Python offers its separate framework, which allows game design companies to plan a layout and deliver prototypes quickly. For a large game, Python can run as an object-oriented language and a scripting language both.

Have any project in mind?

Types of Game Development at SuperTek

Since 2D games are usually lightweight and can work easily on lower-end devices, they are extremely popular on mobile platforms. Mobile games enhanced with the introduction of Cocos 2D and Box 2D. The history of mobile games – Now reached the next level with Cocos2D and Box 2D.

The discovery of 3D games has allowed us, enthusiast gamers, to experience video games in a whole new way. … The experience of a 3D game makes the user feel that he is playing the game being a part of it, not just playing it on a TV.

The Android Game SDK is a set of libraries that you can use to enhance your game on Android. It is a regularly updated library separate from the Android platform. Android Developers.

Had you talked about cross-platform games a couple of years ago, most people would’ve said you were dreaming, despite the feature being around since the Dreamcast days. Games like Minecraft and Fortnite, however, have popularized cross-platform play, causing established brands like Sony, Nintendo, and even EA to realize that these games work to their benefit.

Unity is a type of game engine that was developed by a video game development company called Unity Technologies. The Unity engine allows developers to make both 2D and 3D games. It currently supports only the C# programming language. It supports Direct3D, OpenGL, OpenGL ES, Metal, Vulkan, and proprietary API.